Things you need to know about Kavaklıdere Wines 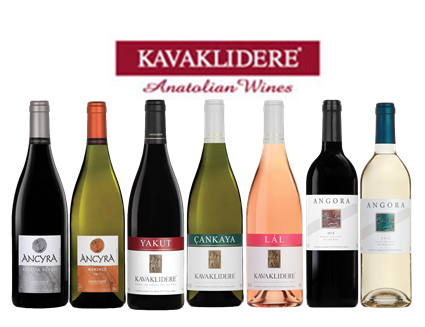 The history of Kavaklidere wine begins with the founding by Sevda and Cenap And in 1929. Kavaklidere is the headquarters of the winery and also the name of an urban area of ​​Ankara, today’s capital of Turkey, located in the area of ​​Central Anatolia. With a loan from a friendly banker from Switzerland where Sevda grew up, the couple acquired some dried-up vineyards that were in poor condition and had been neglected by their owners over the years. There was also another vineyard and some land in the Kavaklidere region with the intention of establishing a winery in the future.

As the company’s partners never had children of their own, Sevda and Cenap And adopted their son Metin Çavdar to ensure the company’s continued existence, while İnsan Tunalı adopted his son İsmail Uğurlu. The growth of the family with the new members gave the company momentum.

While Sevda and Cenap And, together with wine experts and wine equipment from Europe, gradually expanded their wine production facility and thus improved the quality of the Kavaklidere wines, they also had to pay their debts for the production building and the other vineyards and land they had acquired. So they founded Kavaklidere Wine as a family business to be able to carry the burdens together. Insan Tunali, Sevda’s brother, who also owned shares in Kavaklidere, joined the fast-growing company that soon became a well-known quality wine producer in Turkey.

After this precise information, I want to recommend the four most preferred wines of Kavaklıdere.

This wine can be stored for 10 years and it is an undeniable fact that it gets better with age.Its color is dark red and you can get the smell of figs and dried fruits.This type of wine is called Monocépage which means it is produced from only one type of grape.Previously boğazkere grape used with different grapes but then they decided to use only one type for this unique taste.The wine gets aged in barrels for 12 months because of that you get that oaky taste.It can consumed with both stakes and fishes.

Kalecik grape is normally harvested from Central Anatolia.However there were times these grapes were at the edge of extinction.Kavaklıdere company and Agriculture department of Ankara University collaborated and discussed the current situation and they came up with this wine.This wine contains aroma of red fruits and get better in bottle if you keep it for eight to ten years.Its color is ruby and you can even get the taste of vanilla and cacao along with red fruits.

You can get the smell of different spices,oak and various fruits when you sniff it.The wine gets aged in barrels for 12 months because of that you get that oaky taste.Furthermore it waits in a bottle for an extra one year and gets observed by experts.The wine contains fruits such as cherries,blackberries,raspberries and dry apricot.It is a delicate pick for a plate full of  with different types of cheese.

Tees is a subsidiary of TFC Holdings.